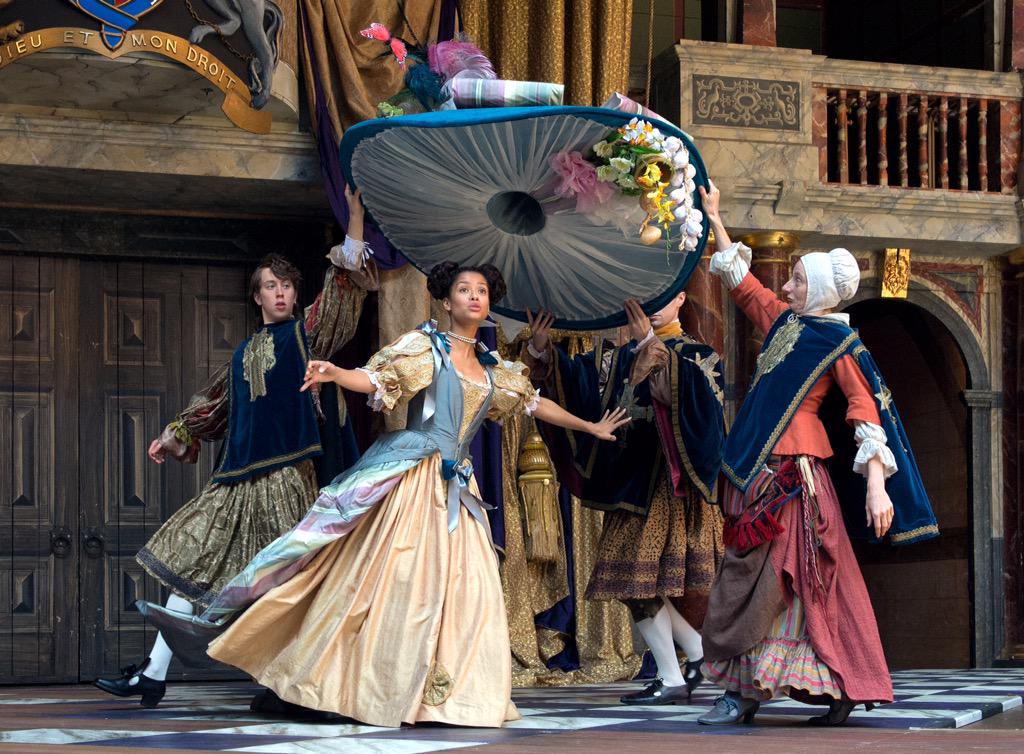 Bill Knight  has been commissioned to produce a photographic exhibition of black female professors including Professor Gina Higginbottom in the UK.

Bill Knight is a distinguished photographer. Featured above is an image of one of Bill Knights theatre photography.  This is Nell Gwyn at the Globe Threatre.

His exhibition The Refugee’s Gift at St Martin in the Fields in London’s Trafalgar Square showed refugees who have made a contribution to the United Kingdom. His portraits of photographer Elsbeth Juda and scientist Gustav Born from the exhibition are now in the permanent collection at the National Portrait Gallery. His work has included portraits to celebrate 40 years of women at Brasenose College, Oxford and images for Christ’s College Cambridge. His latest exhibition Where I come from, about BAME graduates and their families, has been shown in London and Windsor. One of the images, a portrait of actor Vanessa Babirye and her sister Vivian was shown throughout the UK in the exhibition Portrait of Britain. This picture of Amelia Odida was a winner in the 2018 Portrait of Britain exhibition.

Bill has photographed for British Youth Opera, English Touring Opera, Charles Court Opera and theartsdesk.com. His theatre and opera shots have appeared in all the leading newspapers. His clients include Martin Randall Travel, Westminster School, Rare Recruitment and the Refugee Council.

That he should turn his attention to black female professors is an honour indeed and it is wonderful that Professor Gina Higginbottom will be included.