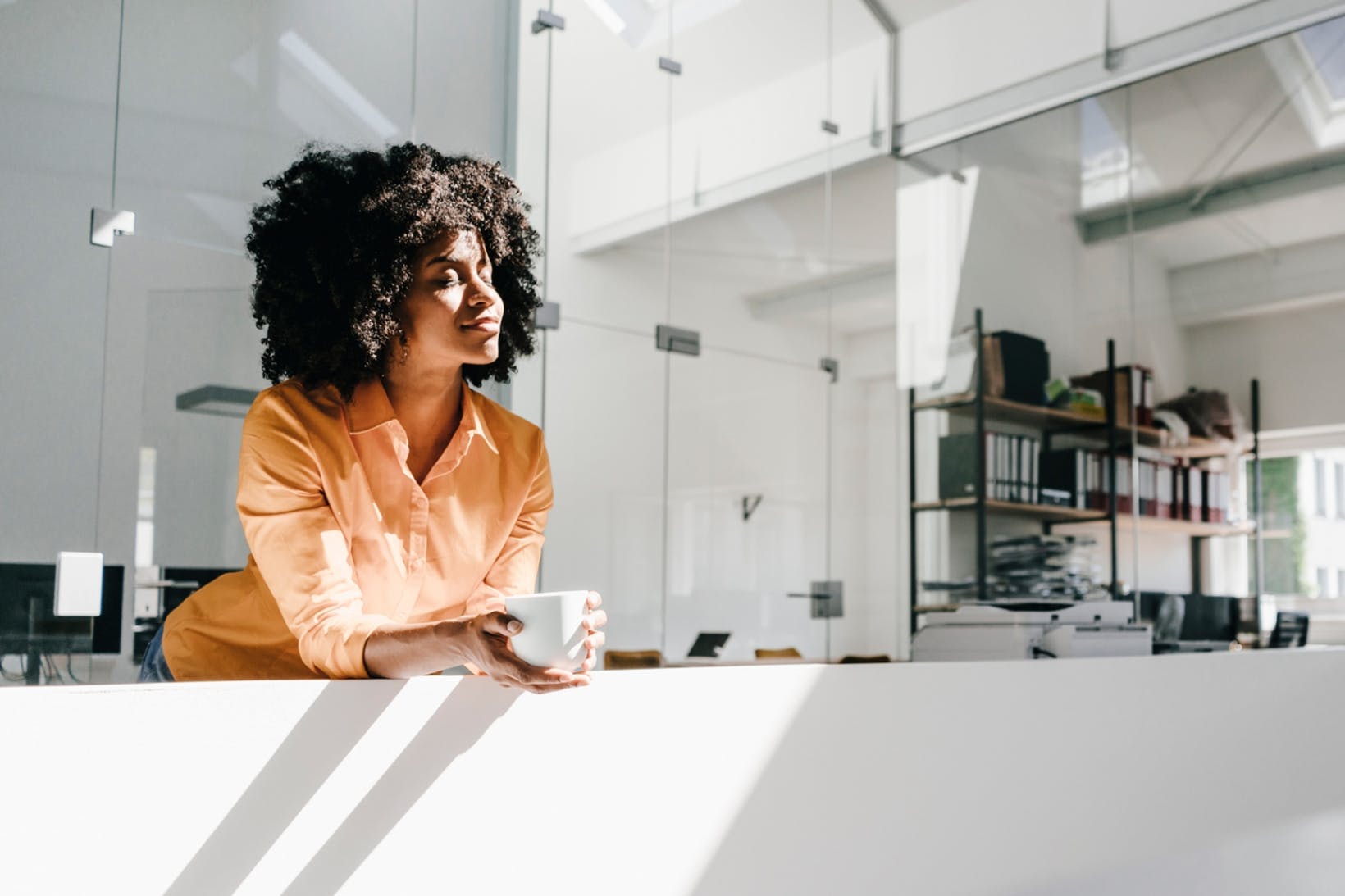 “It’s up to you to decide when and how to speak up, and to whom, and when to keep an eye on the long game and stay quiet”

Academia has traditionally been a male-dominated sector, difficult for any woman to break into but particularly arduous if you’re a black woman.

According to the latest figures from Advance HE there are just 25 black female professors working in higher education in the UK. There are 85 black professors in total – just 0.6% of the UK professoriate, the smallest of any ethnic grouping.

And a recent study has shown the black women face bullying and stereotyping during their careers.

Staying Power, written by Dr Nicola Rollock for the Universities and Colleges Union and based on her interviews with 20 of the UK’s 25 black female professors, found that “a culture of explicit and passive bullying persists across higher education along with racial stereotyping and racial microaggressions”.

Those who spoke to Dr Rollock reported being ostracised by colleagues during meetings and on social occasions, and “unlike their white counterparts, of needing to go out of their way to demonstrate their competence, experience and knowledge”.

Strategies include “careful, forensic-like analysis of situations with white peers to detect, avoid or manage undesirable or challenging workplace behaviours”.

But, Dr Rollock said, this “hyper level of vigilance and analysis was exhausting and stressful”.

The main responsibility for changing the situation for black female academics rests on the shoulders of institutions themselves. The report recommended “particular attention is paid to increasing awareness of passive bullying and racial microaggressions and implementing initiatives to eliminate these behaviours at each stage of the career trajectory”.

But in the meantime five women with experience of academia, including Dr Rollock, have shared with Stylist.co.uk their advice and encouragement for black women who want to pursue a path in higher education. 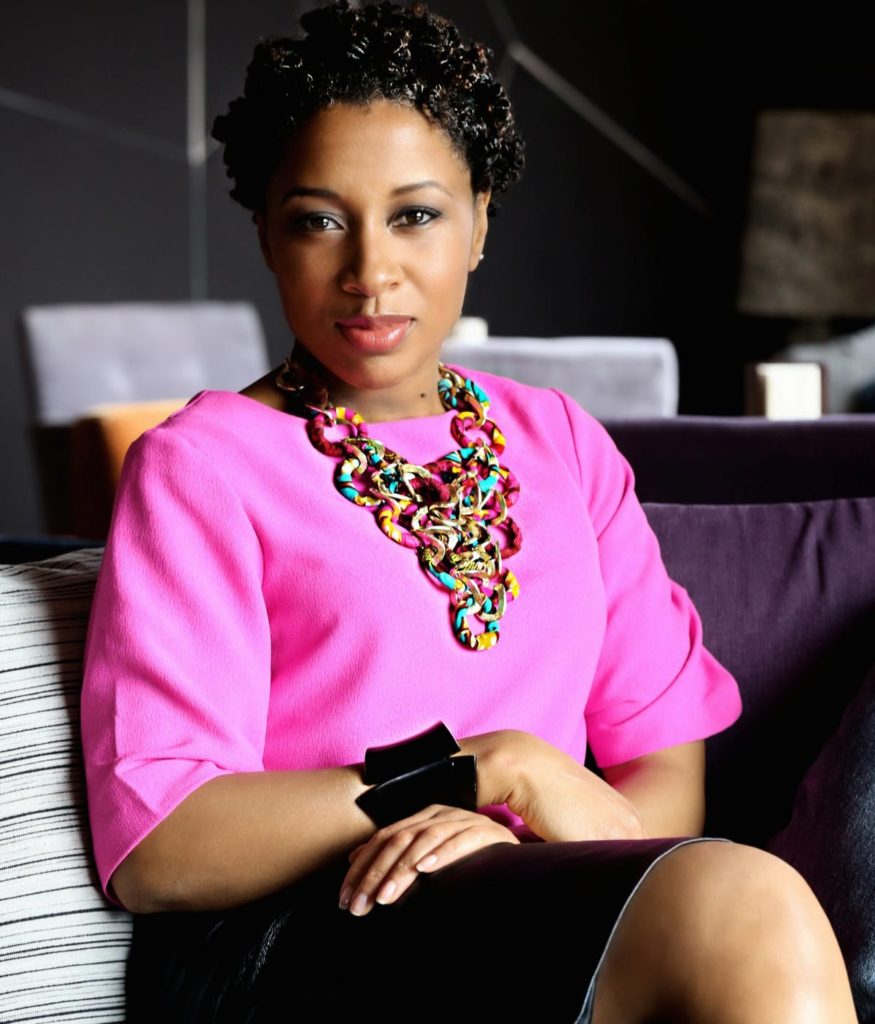 Higher education can be extremely isolating if you are a Black woman. It is a place that does ‘violence’ to under-represented groups. It is perfectly possible for white colleagues to express a commitment to social justice and for the institution to have equality and diversity statements while ignoring what this means in practice. I have had a white woman publicly question my commitment to helping other women of colour simply because I was unable to do a task for her. When I told her this was problematic, she began to argue with me.

Self-care is absolutely essential. If I need to be in the office, I listen to music to help sustain me. I used to keep a print out of Maya Angelou’s ‘Still I Rise’ on the wall in front of me as a reminder that I do not struggle alone – that the issues we face are historic and systemic. I also have an email folder called ‘And Still I Rise’ where I save positive emails from students, colleagues and members of the public. I dip into this and have a read when I need sustaining and reminding that I am heading in the right direction.

I am also fortunate to have networks and support beyond the academy and would recommend making use of social media to share your work and raise your profile. I am someone who is constantly thinking and plotting about my next piece of research or writing, so I often need help to switch off. I am a big fan of yoga and equally a big advocate of ‘duvet and Netflix’ evenings. 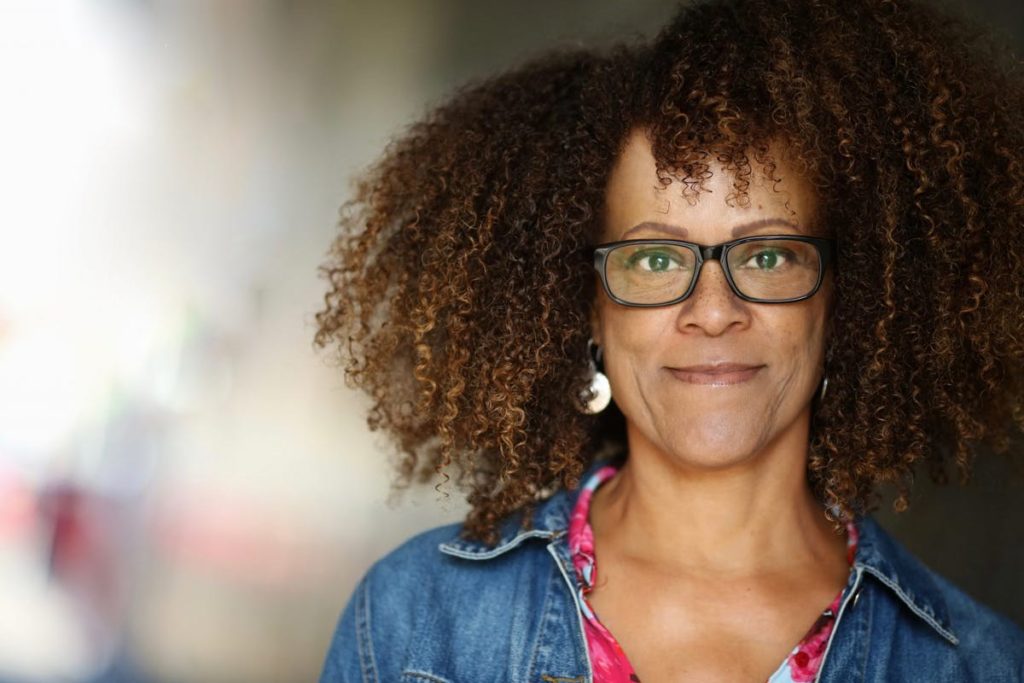 You will inevitably be in a minority and there might be times when you personally feel unfairly treated or notice many other kinds of bias and inequality. It’s up to you to decide when and how to speak up, and to whom, and when to keep an eye on the long game and stay quiet. That doesn’t mean being a pushover or compromising your beliefs but, for example, direct confrontation is unlikely to yield results in academia.

If you want to see change, you have to strategise to find ways to bring people on board without alienating them. It goes without saying that you must always do your best work, pay attention to detail, and be beyond reproach, even when you see others defying this and getting away with it.

Most importantly, seek alliances inside your own institution and in the wider academic community so that you are not isolated. Each university has its own modus operandi and generally you’ll be kept in the dark about the engine rumbling out of sight. So get involved in roles that provide insight, always ask questions, and be ambitious. As you rise through the ranks, use your position to make universities more inclusive and pluralistic. 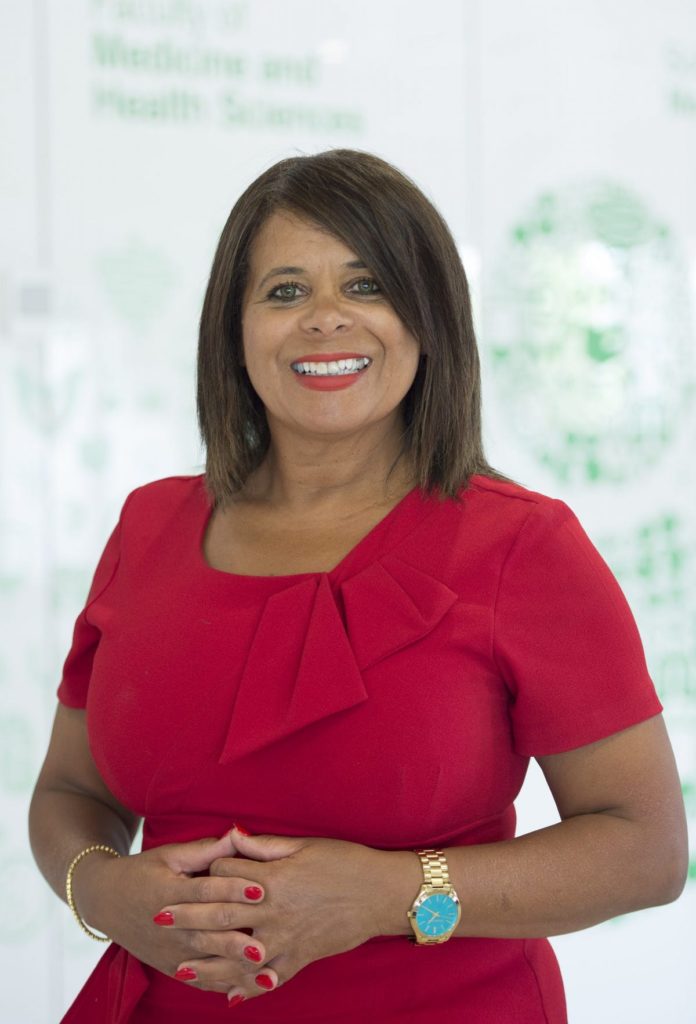 Navigating the pale and male spaces of academia can be a real challenge. At the same time most of the black female professors I am familiar with, myself included, are extremely passionate about the role, research, mentorship of junior faculty and dedicated to their students and teaching.

One things I would say that really facilitates full enjoyment of your academic career is being passionate and committed to your research endeavours, discipline and field. This will provide you with enormous satisfaction, but there will be challenges along the way.

One of things I thought was very, very important in my career was to make sure that I had no deficits or defects in my CV – in other words being highly productive with research grants and publications. In this way if all your ‘ducks are in a row’ no one will be able to fire bullets because you have firmly secured your academic profile. Do not give anyone the opportunity to say that you are not performing to the very highest standards of scholarship and academic endeavour, and make sure you aspire to excellence as an ethical academic with integrity. These are things we can do for ourselves to safeguard ourselves.

Once these things are in place one of the most important strategies is try at all costs to achieve a work/life balance. You are entitled to a vacation. One of the best things ever to happen to me is that we purchased a villa in Spain with virtually no internet access. Therefore I could not access my emails during holidays no matter how hard I tried.

“Surround yourself with the positive people in your organisation and nurture those relationships”
At the same time in order to maintain your mental health, really look after yourself in terms of your physical wellbeing. I have always committed time for exercise. I also really like to pay attention to the aesthetic side, and to me it is important to be very well groomed. On the weekends I always go to the salon and nail bar. In addition to academic excellence, I want to be presented in the best possible way in the work environment, not just for the benefit of myself but as a role model for students and junior faculty member who are female and have BME origins.

If you can network with others in a similar situation this will provide enormous benefits and support for you. The Leadership Foundation suggest identifying a sponsor rather than a mentor. A sponsor holds a senior position in the organisation and can be a proactive advocate for you. They can really open doors for you and promote you in other circles. This is something our white male colleagues access all the time, perhaps at the golf club or some other social setting. Surround yourself with the positive people in your organisation and nurture those relationships. 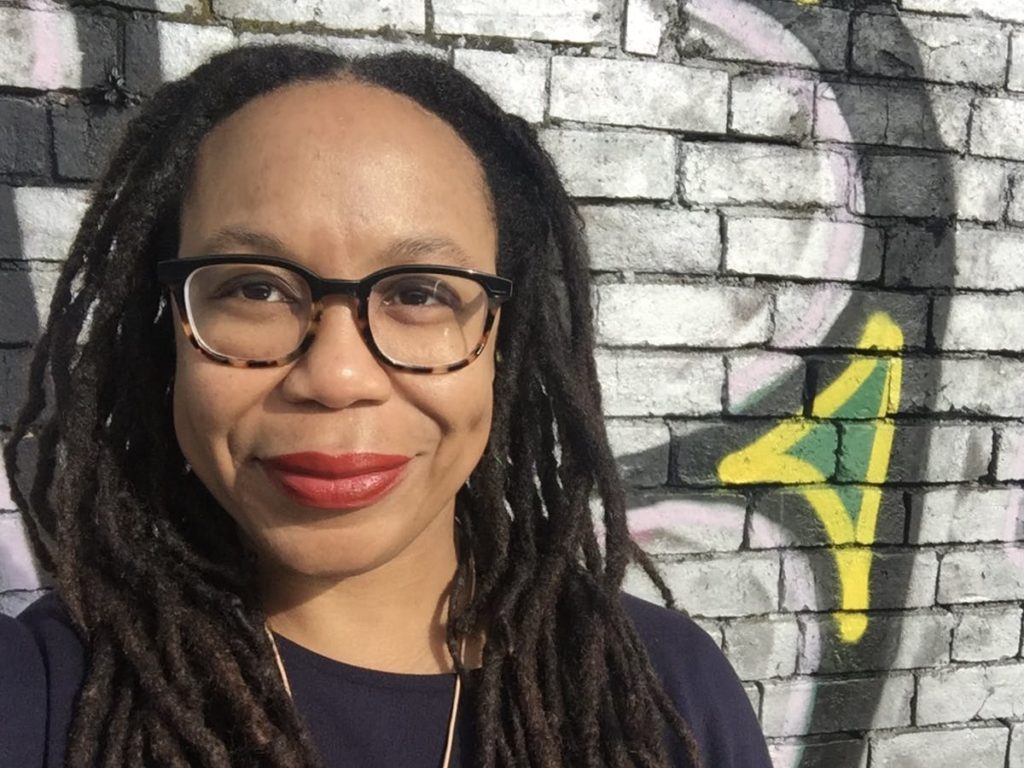 Being a Black woman in academia is exhausting. By both colleagues and students, you are assumed to be incompetent. You really must work twice as hard to be considered half as good as your peers. It will be incredibly difficult for your scholarship to be taken seriously and, consequently, it will be a struggle to get a permanent, full time job, to be promoted and to achieve equal pay. You will be perceived as aggressive and angry when you are simply existing. But you already know this. You know, or at least, you will learn, sometimes painfully, that meritocracy is a myth and that the university was not built for you.

Do not mourn this. You can thrive in academia by being clear-eyed about the obstacles that you will face at every stage of your career. You can survive in academia by building a community that will both affirm and challenge your work and how you understand the world. Everything in academia is set up to encourage you to compete and destroy. You should reject this mode of being by intentionally building spaces of critical reflection, respect and care. Be sure to guard these spaces as they are fragile and not everyone is as careful as you. 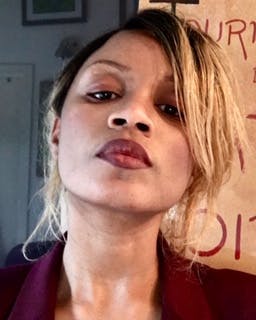 Issues of exclusion and marginalisation are not new. They have been the focus on numerous studies and black women in academia have been sharing distressing experiences of marginalisation for decades. What seems to be shifting is a willingness to listen to their voices.

As a psychologist, I have worked with many women of colour who have experienced debilitating psychological distress at work as a result of subtle exclusion and bullying – women who have been so badly treated they have been left traumatised and barely able to do their work. This is of course often used as further reasons to exclude them.

There needs to be a recognition that racism and discrimination take various complex forms, often subtle and covert, which mean they can be challenging to address.

Nonetheless, there are reasons to be optimistic too. Tools exist to combat and minimise racial bias, organisations can increase the inclusivity of their leadership, employees can be coached to understand the value of equality of organisational justice and the psychological costs of exclusion can be greatly reduced.

But all of this will only take place if we are prepared to confront head on the racism that is endemic within higher education and commit to taking reflective action.